Violence Against Women: There is Much Work to be Done, Beginning with the Church 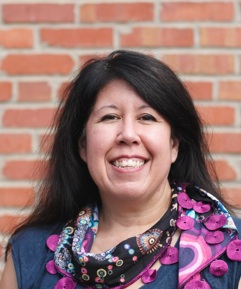 July 28, 2015 the body of an 8-year-old girl who had been raped and strangled was found in a dumpster in Santa Cruz, CA. The suspect in custody is only 15-years-old.[1]

The truth about violence against women is disturbing. The details of this one incident make us uncomfortable, but the reality of the problem is so immense that it impacts each and every one of our lives. Even if you are not a woman, you have a mother, sister, wife, or daughter, someone you love, who is at risk of gender-based violence.

The statistics are staggering. Harmful practices, including female genital cutting/mutilation, femicide, sexual harassment, early marriage, domestic violence, and rape in the context of conflict, damage girls’ physical beings and self-worth by reinforcing gender-based marginalization and inequality. According to UN Women, “One of the greatest challenges in ending violence against women and girls lies in unraveling how harmful gender attitudes and roles are deeply ingrained across the fabric of societies, and fostering values of mutual respect and equality.”[2]

This is precisely the point where the church can engage. A biblical worldview of humanity values both women and men, created equally in the image of God (Genesis 1:27). The church accurately reflects the heart of God when it acts on behalf of the oppressed, and restores the dignity of God’s creation to their rightful place as imago Dei. The view of biblical equality for women both deters violence against women and advocates on behalf of victims.

In addition, Christianity offers hope and restoration through Christ for victims, and perpetrators, alike. In Jesus women have a God who can identify in their sufferings, and mourns in their pain (Hebrews 2:17-18). In Christ, perpetrators can experience reconciliation through repentance, and be released from the bondage to sin.

There is much work to be done, beginning with the church itself. The church must accept its past and present culpability in perpetuating hierarchy between men and women. We need to confess and repent of the ways in which we have contributed to the vulnerability of women by limiting their equal access to power.

The church must also accept its responsibility as the voice of social change. We must renounce the perpetuation of a lopsided gospel by limiting our engagement with the world to proclamation of salvation without seeking justice for those whom Christ came to save.

The Spirit of the Lord is upon me, because he has anointed me to bring good news to the poor. He has sent me to proclaim release to the captives and recovery of sight to the blind, to let the oppressed go free (Luke 4:18).

This blog series focuses on experiences, understanding, and responses to violence against women, as part of an online course offered by Northeastern Seminary beginning in the 2015 fall semester. Instructed by Dr. Elizabeth Gerhardt, this course addresses the problem of violence against women from a Christian theological perspective. To learn more about taking this course and other Seminary course options click here.